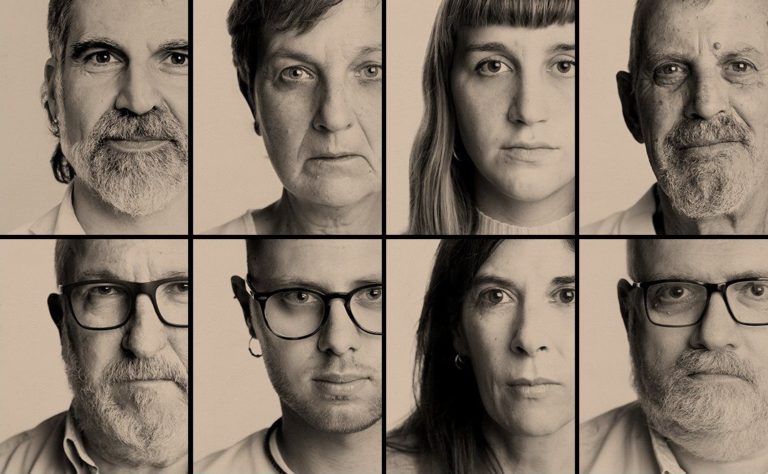 The calling of a referendum on self-determination by the Catalan government in 2017 triggered a repression wave unseen in 40 years of democracy in Spain. State powers did everything in their power to prevent the vote from happening. However, on October 1st 2017, 2.3 million people  went to the polling stations to take part in a referendum inspired by those held in Scotland and Quebec. Unfortunately, unlike the UK or Canada, who allowed both referendums, the Spanish authorities decided to respond with political repression: police brutality, political prisoners & exiles and thousands of prosecuted. In total, more than 3.500 victims of repression for advocating Catalonia’s right to decide its political future.

3.500 victims of Spain’s repression in Catalonia

9 POLITICAL PRISONERS AND 7 EXILES IN THE EUROPEAN DEMOCRATIC COUNTRIES

54 PEOPLE INVESTIGATED BY THE SPANISH COURT OF AUDITORS

The case of Jordi Cuixart

Jordi Cuixart is the former president of Òmnium Cultural, a Barcelona-based NGO dealing with culture and civil rights with almost 200.000 members. He was sentenced to serve 9 years in prison, accused of ‘sedition’ for calling a peaceful demonstration in support of the referendum, exercising the rights to freedom of expression and assembly. He spent almost 4 years in jail for defending human rights. In June 2021 he was pardoned and released thanks to international pressure and protests in Catalonia. But “on condition that he does not commit a serious crime again”. Therefore, the Government clearly considers that his acts were constitutive of a crime of sedition and this conditional pardon looks for a chilling effect. He has filed his case before the European Court of Human Rights.

The political conflict between Catalonia and Spain is very much alive: 80% of Catalans back the idea that Catalonia’s future should be decided democratically by their citizens. Not until the Spanish government gives a political answer to the democratic will of the Catalan people will the conflict be truly channeled towards a resolution.

If you believe in freedom and democracy,

We will use this petition to pressure Spanish authorities to stop repression and grant a full amnesty to all those prosecuted.