Founded at the height of the 40-year Franco dictatorship on 11 July 1961, Òmnium Cultural was launched to combat the censorship and persecution of Catalan culture and to fill the gap left by the political and civil institutions of Catalonia that were forbidden by the dictatorship.

As the years went by, even working clandestinely based in Paris from 1963 to 1967, Òmnium eventually became one of the flagship entities of Catalan civil society to defend and promote Catalonia’s language and culture.

Currently, it is one of the main non-governmental organisations in Spain and a relevant cultural association in Europe, with more than 190,000 members and 60 years of history. It has been, and continues to be, a pillar for the promotion of Catalan language and culture, as well as a key defender of civil and human rights. One of Òmnium’s goals is to find broad consensus to favour social cohesion, with an increasing involvement at both the European and worldwide levels.

Òmnium Cultural has 52 branch offices and some 100 people on its staff. Òmnium has been always ruled by a voluntary-based Board of Directors, with 24 members, and it is currently supported by more than 10.000 volunteers.

Since its inception, Òmnium Cultural is committed and devoted to the spread of Culture at all levels. For this reason, we carry out cultural projects in order to boost social transformations and support social cohesion through education. Its many initiatives to promote the Catalan language as well as the literature, its recognized literary awards, performing arts, fine arts, architecture, cuisine, sports and specially popular culture are proof of this.

We cannot take our civil rights for granted and have to work every single day to protect them. In the last few years, we have seen a worrying rise in the number of human rights violations in western and democratic societies. It is particularly alarming that many of these violations have taken place in Europe, so far a continent seen as a beacon of democracy. In our changing world, we need to stay vigilant and denounce each and every attack to our fundamental rights.

This field has taken a special importance in Òmnium since a politically biased Spanish Supreme Court condemned the Catalan leaders for organizing a self-determination referendum  in 1 October 2017. Among those condemned we can find Jordi Cuixart, the president of Òmnium.

He was sentenced to 9 years in prison for promoting a peaceful demonstration on the 20th of September 2017, to protest against the arrest of several senior officials who, allegedly, were involved in the organisation of the referendum. All he did was defending the right to exercise human rights, namely the right to peacefully assembly and the freedom of expression; rights protected by both the Spanish Constitution and the Universal Declaration of Human Rights.

With that commitment of Jordi Cuixart as an example, Òmnium Cultural works in defence of self-determination and for the protection of civil rights, by denouncing the violation of human rights in Spain and abroad, and by promoting debate and capacity in this field among the civil society.

Around the world, societies with higher rates of literacy and with a strong and respected cultural sector tend to be consolidated democracies with a robust welfare system. In turn, this translates into higher rates of social mobility, thus lower rates of poverty and inequality. That is why Òmnium Cultural’s main goal is to encourage the socialization of cultural assets and the democratization of the ways of accessing them is the main reason to strengthen its role as a cultural articulator and reach new audiences through its projects. 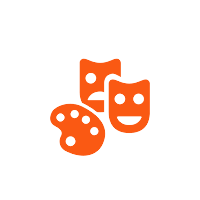 We promote culture as an instrument of social transformation 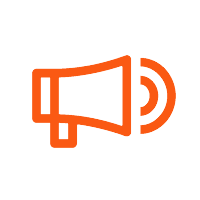 We defend your
rights and freedoms 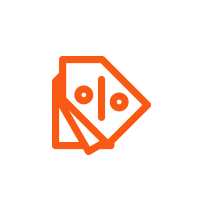 We work for the socialization and democratization of cultural assets 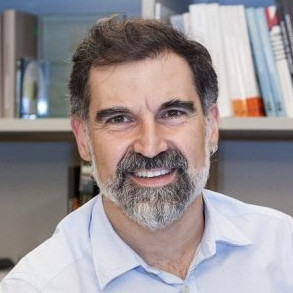