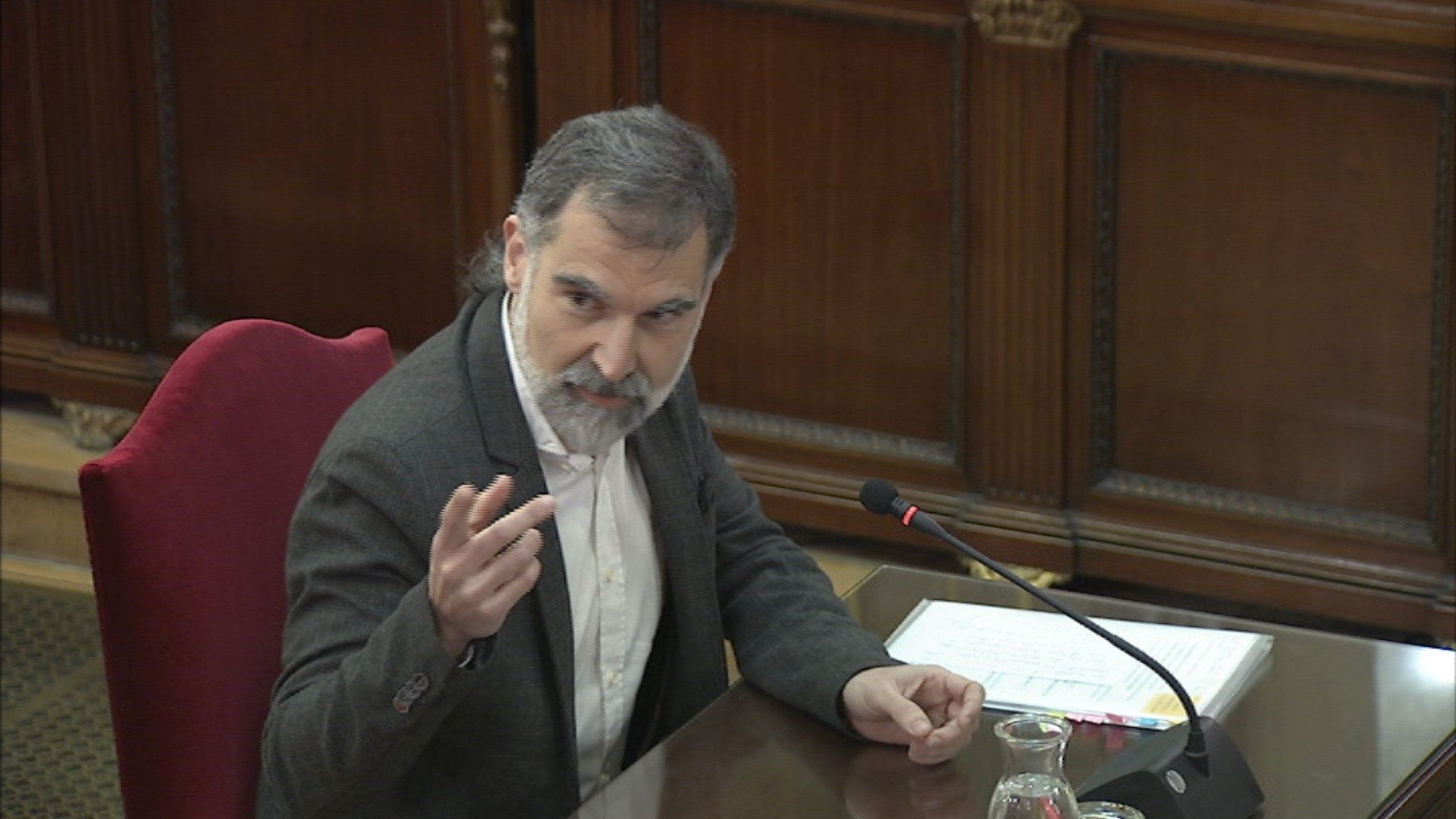 Òmnium Cultural urges the Spanish PM, Pedro Sánchez, to take sides so that the Public Prosecutor’s Office and the State Attorney’s Office demand the Constitutional Court the immediate release of Jordi Cuixart, president of Òmnium Cultural, and the rest of the Catalan political prisoners. Following an Amnesty International’s latest report, released today, the organisation reminds Pedro Sánchez that it is up to him to comply with international rulings that directly interpellate him in order to overturn the 9-year sentence against Jordi Cuixart and release him.

“The Spanish government violates international law and the Supreme Court criminalizes civil disobedience and peaceful protest,” Cuixart said after learning about this new Amnesty’s report, which directly challenged the powers of the state and the government of Pedro Sánchez and explicitly asked them to “ensure that Jordi Cuixart and Jordi Sànchez are immediately released”.

On the other hand, Òmnium’s vice-president, Marcel Mauri, insisted that “Pedro Sánchez cannot continue to look the other way; it is no longer Òmnium, it is Amnesty International that demands that the State Attorney’s Office and the Public Prosecutor’s Office ask for Cuixart and Sánchez’s freedom before the Constitutional Court, and that depends on the Spanish government ”. Mauri also stressed that the report of one of the main human rights organisations warns that “the ruling of the Supreme Court is a threat to freedoms of all”. Amnesty’s report concludes that the sentence on the political prisoners restricts the right to peaceful protest and the exercise of civil disobedience.

Amnesty International, in this report, calls for the immediate release of Cuixart and Sanchez, the overturn of the sentencing and calls on the state to substantially review the crime of sedition. The NGO has sent it to the Public Prosecutor’s Office – both the Constitutional Court and the State Attorney’s Office -, the State Attorney General’s Office and the parties to the Catalan referendum trial. According to Amnesty, these institutions should also ensure that the “excessive and disproportionate” sentence against Cuixart and Sànchez, who were convicted to 9 years for a crime of sedition, is overturned. The NGO argues that their freedom of expression and peaceful assembly has been flagrantly violated, in violation of international human rights law. It also calls on the Spanish State to review “substantially” the crime of sedition to ensure that legitimate acts of peaceful civil disobedience are not unduly criminalised and thus do not jeopardize the legitimate exercise of freedom of expression and peaceful protest of all citizens.