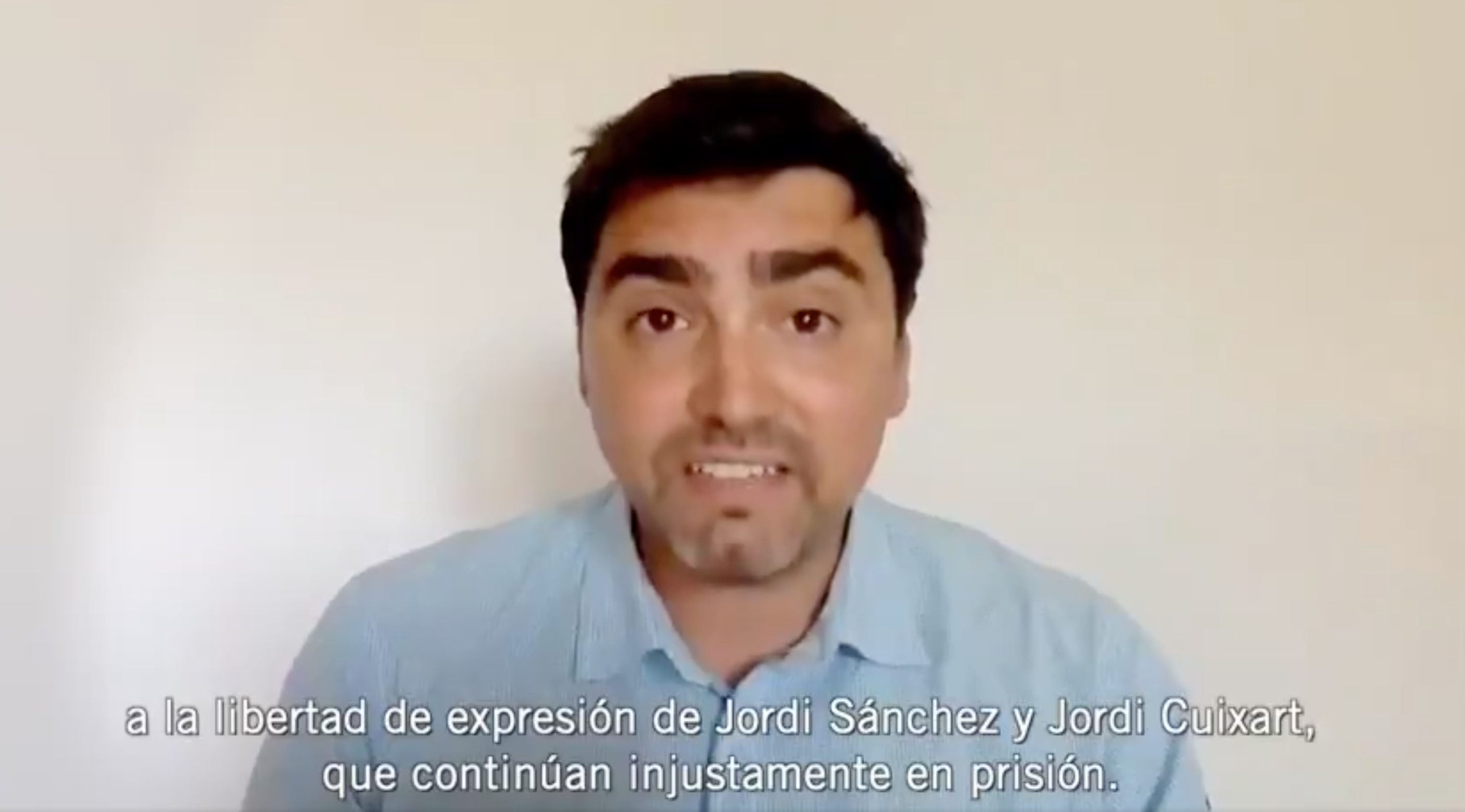 Several human rights NGOs such as Amnesty International or ELEN have denounced today at the United Nations that Spain is failing to comply with human rights when keeping in prison Jordi Cuixart, president of Òmnium Cultural, and Jordi Sànchez, former president of the Catalan National Assembly. They have made these claims in the framework of the Universal Periodic Review to Spain, an assessment on human rights compliance that all UN member states have to undergo.

Today was the final step of the process when Spain had to present its responses to member states’ recommendations, which were made earlier this year. Back on the 22nd January, member states such as Germany, Italy, Switzerland, or Belgium urged Spain to take the necessary steps to ensure freedom of expression and the right to peacefully protest. Today, Spain’s Permanent Representative to the UN, Cristóbal González-Aller Jurado, thanked the recommendations but failed to recognise any violation of human rights.

After his speech, there was question time for NGOs in which Amnesty International reprimanded Spain for keeping in prison Jordi Cuixart and Jordi Sànchez, sentenced to 9 years for having promoted a peaceful demonstration in relation to the Catalan referendum in 2017. “We urge the [Spanish] authorities to reform the crime of sedition, application, and interpretation of which by the Spanish Supreme Court, means the restriction of freedom of expression of Jordi Sànchez and Jordi Cuixart, who are still unjustly in prison”, said Ignacio Jovtis, spokesperson for Amnesty Spain.

Other NGOs like ELEN (European Language Equality Network), the Society for Threatened Peoples, Americans for Democracy and Human Rights in Bahrain and Iraqi Development Organisation also brought up the issues of the unsolved repression of the Catalan self-determination movement and the police brutality in Spain.