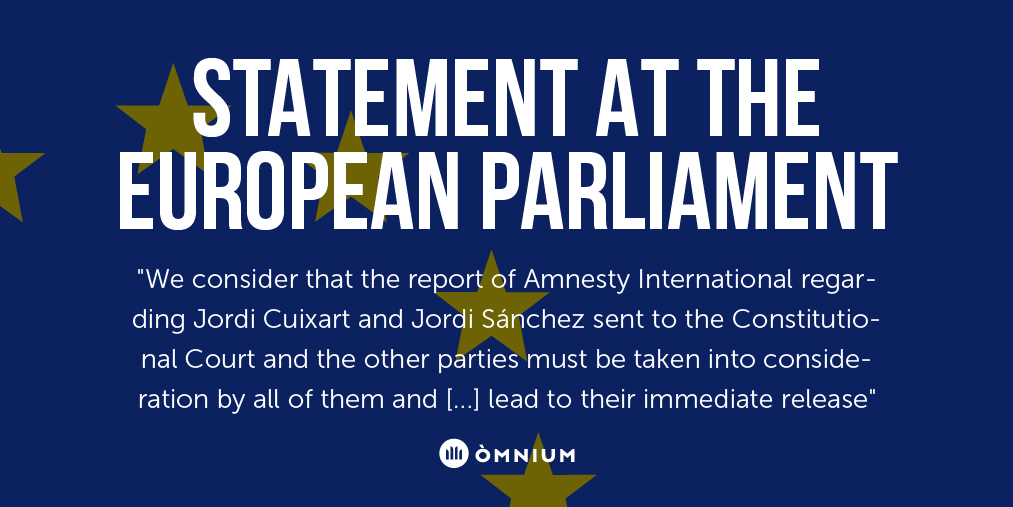 Among different reasons, the statement highlights that “we consider that the report of Amnesty International regarding Jordi Cuixart and Jordi Sánchez sent to the Constitutional Court and the other parties must be taken into consideration by all of them and, accordingly with its conclusions, lead to their immediate release”.

Jordi Cuixart, president of Òmnium, has thanked the support received from MEPs by tweeting “thank you Heidi Hautala, Dimitrios Papadimoulis, Ska Keller, Manon Aubry and MEPs that urge the compliance of international law. Human rights violations must stop now, as Amnesty International, Front Line Defenders or OMCT have demanded. After 1.008 days in jail, we’ll do it again”. Òmnium welcomes these supports and highlights that “everyday there are more voices urging Spain to comply with human rights”.