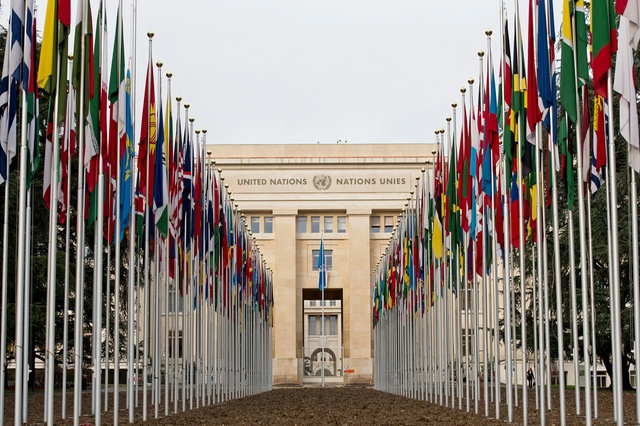 Geneva (Switzerland) 22.01.2020 – UN member states such as Germany, Italy, Switzerland or Belgium have urged Spain to take the necessary steps to ensure freedom of expression and the right to peacefully protest. The Spanish mission had to hear these recommendations like these during the Universal Periodic Review, a United Nations process to evaluate the state of human rights in member states.

Swiss lawyer Olivier Peter, Jordi Cuixart’s lawyer and international spokesperson of Òmnium Cultural, claims that the fact that several UN member states recommended Spain to protect freedom of expression and the right to peacefully protest “shows that there is a concern in the international community about the respect of human rights in Spain”.

Most of the criticism that Spain received during the session was with regard to police violence and the “Gag Law” (Ley Mordaza). Germany, for instance, asked to make sure that the Security Law doesn’t weaken the right to hold civil protests. Also, Belgium, in a written question, requested to know which follow-up will Spain give to the UN Working Group on Arbitrary Detention, which in turn, urged to release the Catalan political prisoners.

In fact, this is one of the proposals that NGO’s like Òmnium Cultural, Amnesty International, and Front Line Defenders sent to the UN Human Rights Council in the UPR process. This demand was taken into account the working report made by the Office of the High Commissioner on Human Rights that was sent to all the UN missions before the Universal Periodic Review.