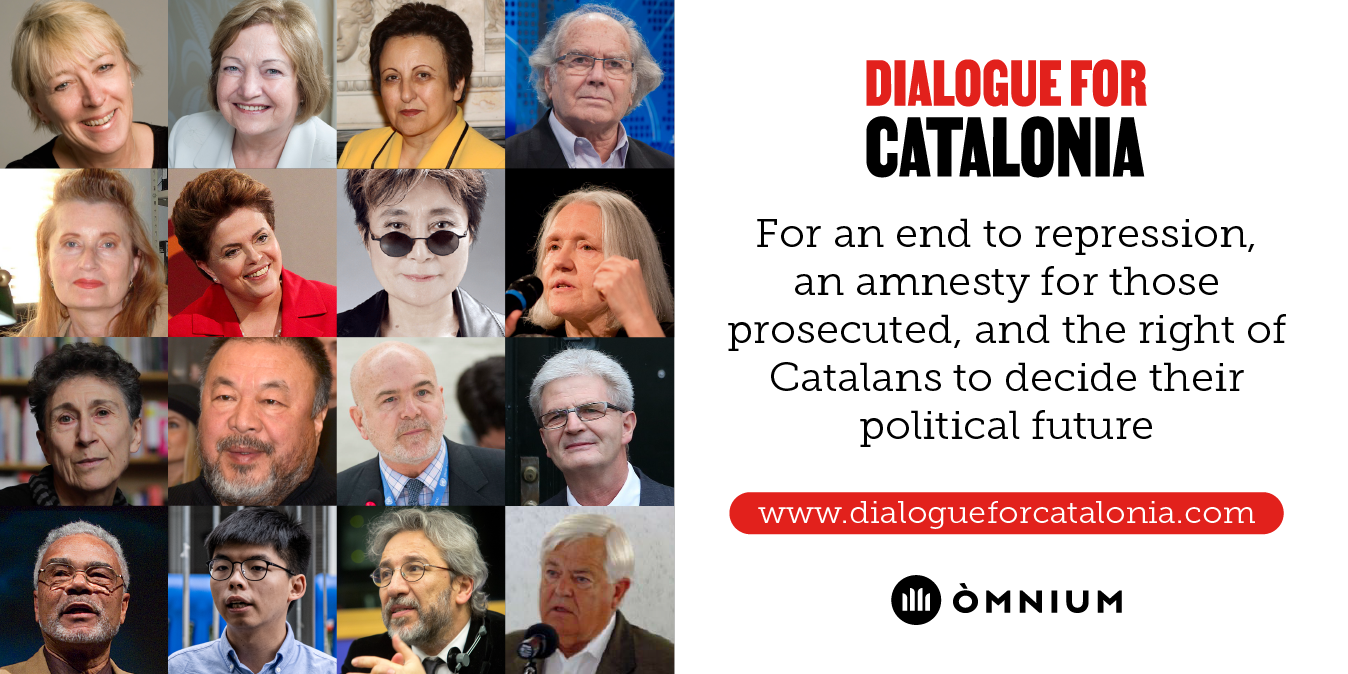 Five Nobel Prize laureates such as Jody Williams, Mairead Corrigan, Shirin Ebadi, Adolfo Pérez Esquivel, and Elfriede Jelinek), imprisoned human rights defenders such as Osman Kavala and Joshua Wong), three former UN rapporteurs and top political personalities such as Dilma Rousseff and Gerry Adams among the 50 world-renowned signatories of “Dialogue for Catalonia“, a manifesto that demands the end of repression in Catalonia, an amnesty for those prosecuted for defending the referendum and the Catalans’ right to decide their political future.

Also, activists such as Mirta Baravalle (founder of the Mothers of the Plaza de Mayo, in Argentina), Guy Standing (British professor and researcher, co-founder of the Basic Income Network), and Lorena Zárate (Argentine activist for the right to housing and President of Habitat International Coalition) have adhered to the text: