Jordi Cuixart’s case has been a blatant case of injustice in the heart of Europe. During the 3 years and 8 months that he spent in prison, he was the only imprisoned human rights defender in the European Union. He was recognised as a human rights defender at risk, and his conviction has been widely criticised by the main organisations in defence of human rights and by international organisations,  which have all claimed that Cuixart was exercising the right to peaceful assembly and asked for his immediate release. Thanks to this pressure made my the international human rights community, and due to the bad press that his case was giving to the Spanish authorities abroad, the Spanish Government was forced to pardon him (and the 8 other Catalan political prisoners) in July 2021.

These organizations, as Òmnium, think that the pardon does not solve anything: his sentenced should be quashed, and he must be restored for the time he spent unjustly in prison. But, most importantly, guarantees of no-reptetion have to be adopted, so what happend to him cannot happen to anyone in the future.

This is the list of the main supports that made Cuixart’s release possible:

Amnesty International has insistently demanded the freedom of Jordi Cuixart and Jordi Sánchez since they were put in pre-trial detention in 16 October 2017. The NGO has  said repeatedly expressed its worry that

“Spain’s conviction for sedition of Jordi Sànchez and Jordi Cuixart threatens rights to freedom of expression and peaceful assembly […]  and could have a  chilling effect that could prevent people from participating in peaceful protests without fear.

3 November 2020: Spain: The three state powers have the opportunity to correct the unjust situation suffered by Jordi Sànchez and Jordi Cuixart, who have been in prison for three years

16 July 2020: Spain must commit to the UN to take measures to guarantee the right to freedom of expression and peaceful assembly

13 May 2020: Why should Sanchez and Cuixart be released under international law?

20 November 2019: Analysis of the Suprem Court’s ruling in the case of Catalan leaders

19 November 2019: Spain’s conviction for sedition of Jordi Sànchez and Jordi Cuixart threatens rights to freedom of expression and peaceful assembly

16 October 2018: A year after their detention in Spain, the Jordis should be released

18 October 2017: Spain: Charges for sedition and pre-trial detention against Jordi Cuixart and Jordi Sánchez are excessive

Front Line Defenders considers Jordi Cuixart a Human Rights defender in risk, and has been monitoring his case and asking for his release since November 2018. About his condemnation,

“Front Line Defenders strongly condemns the conviction for sedition against human rights defender Jordi Cuixart as it believes it resulted from his legitimate and peaceful activities in the defence of human rights.”

9 April 2020: Temporary release of Jordi Cuixart to house arrest amid COVID-19 crisis at risk of being blocked

23 November 2018: Human rights defender in pre-trial detention for over a year 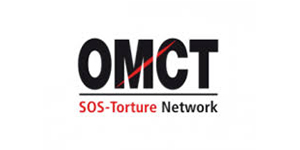 The World Organisation Against Torture (OMCT) has repeatedly stated that Cuixart was only exercising human rights, and therefore that his condemnation is against international human rights standards. The also stated that

2 June 2020: Open Letter: The case of Jordi Cuixart through the lens of international human rights standards on the right to peaceful assembly

Pen International, an NGO defending freedom of speech of writers all around the globe, has stated that the sedition charges against Cuixar and Sánchez are clearly excessive.

“We demand that both writers be urgently released and that the verdict be overturned. No one should be jailed for peacefully expressing themselves”

15 October 2019: Jordi Sànchez and Jordi Cuixart to nine years in prison is a shocking outcome and must be overturned

11 June 2019: Spain: Case against Jordi Sànchez and Jordi Cuixart should be dismissed

21 January 2019: Spain: Excessive charges against Jordi Sànchez and Jordi Cuixart must be dropped

The International Comission of Jurists strongly objected the sentence against the Catalan leaders: 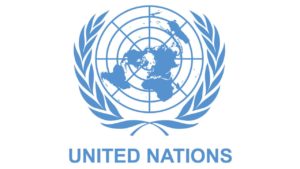 Three different bodies of the United Nations have asked for the immediate release of Jordi Cuixart:

“The deprivation of liberty of Jordi Cuixart is arbitrary. The Working Group requests the Government to take the necessary steps to remedy the situation of Mr. Cuixart, Mr. Sánchez and Mr. Junqueras without delay and bring it into conformity with the relevant international norms, including those set out in the Universal Declaration of Human Rights and the Covenant. “

“Concern is expressed about the arrest and prosecution of Mr. Cuixart for the crime of rebellion, for acts that do not appear to involve violence or incitement to violence by Mr. Cuixart, which would interfere with their rights to public protest and freedom of expression.”

28 January 2019: Mandate of the UN WGAD and 3 UN Special Rapporteurs

16 October 2020: Three years after being imprisoned, Cuixart should be released

18 December 2018: World Report on the situation of Human Rights defenders 2018

“Mr Cuixart is accused of sedition, rebellion and criminal conspiracy to organise a peaceful demonstration”

43 Members of the European Parliament signed an open statement adressed to the Spanish government:

“We consider that the report of Amnesty International regarding Jordi Cuixart and Jordi Sánchez sent to the Constitutional Court and the other parties must be taken into consideration by all of them and, accordingly with its conclusions, lead to their immediate release”