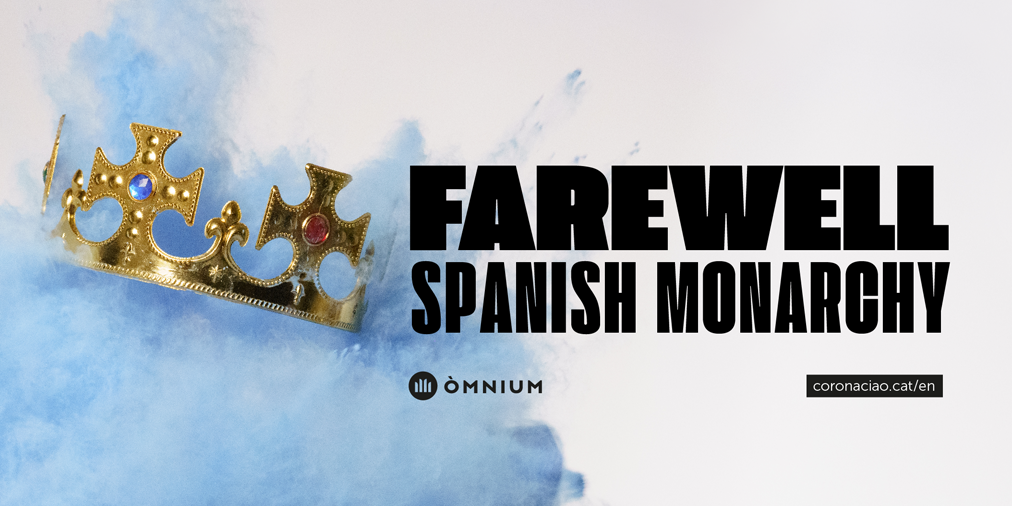 Òmnium Cultural, a Barcelona-based NGO dealing with culture and civil rights, launches an international campaign to raise awareness of the corruption cases of the Spanish Monarchy and increase pressure to bring the former King Juan Carlos I and his accomplices to justice. This will be a communication, legal, and lobby campaign that will try to put an end to the impunity of the Spanish Royal family.

According to recent inquiries, Juan Carlos I, former King of Spain, set up a network of opaque financial structures, relying on Swiss banks and intermediaries in order to finance a lifestyle unparalleled among other European heads of state. This information, revealed by the remarkable investigative work of International Press, particularly in Switzerland, has helped to unveil the murky businesses of the “emeritus”, so far kept secret in Spain.

If it weren’t for the international press and justice, Juan Carlos I would have gotten away with it. For this reason, Òmnium wants to boost the awareness of this situation in different countries in Europe, particularly in Switzerland, to mount pressure on the Spanish Monarchy and make sure that their murky businesses don’t go unpunished.

In the first place, Òmnium launches today a social media advertising campaign that is due to impact around 9 million Europeans over the next few months. Through this website, Farewell Spanish Monarchy and Adieu, Monarchie Espagnole, the NGO wants to share information on the Spanish Royal House and gather supports from all over Europe.

Then, we’re going to follow-up very closely on the ongoing legal procedures in Spain, the UK, and Switzerland against the former Spanish king. His murky businesses cannot go unpunished. Currently, Juan Carlos I is being investigated by a Swiss public prosecutor, Yves Bertossa, for money laundering and tax offences. He is also being investigated in Spain and the United Kingdom. Besides, Òmnium has launched a lawsuit against Juan Carlos I in the Spanish Supreme Court.

Finally, Òmnium plans on sharing all this information with the European civil society, NGOs, and elected representatives, particularly in Switzerland.