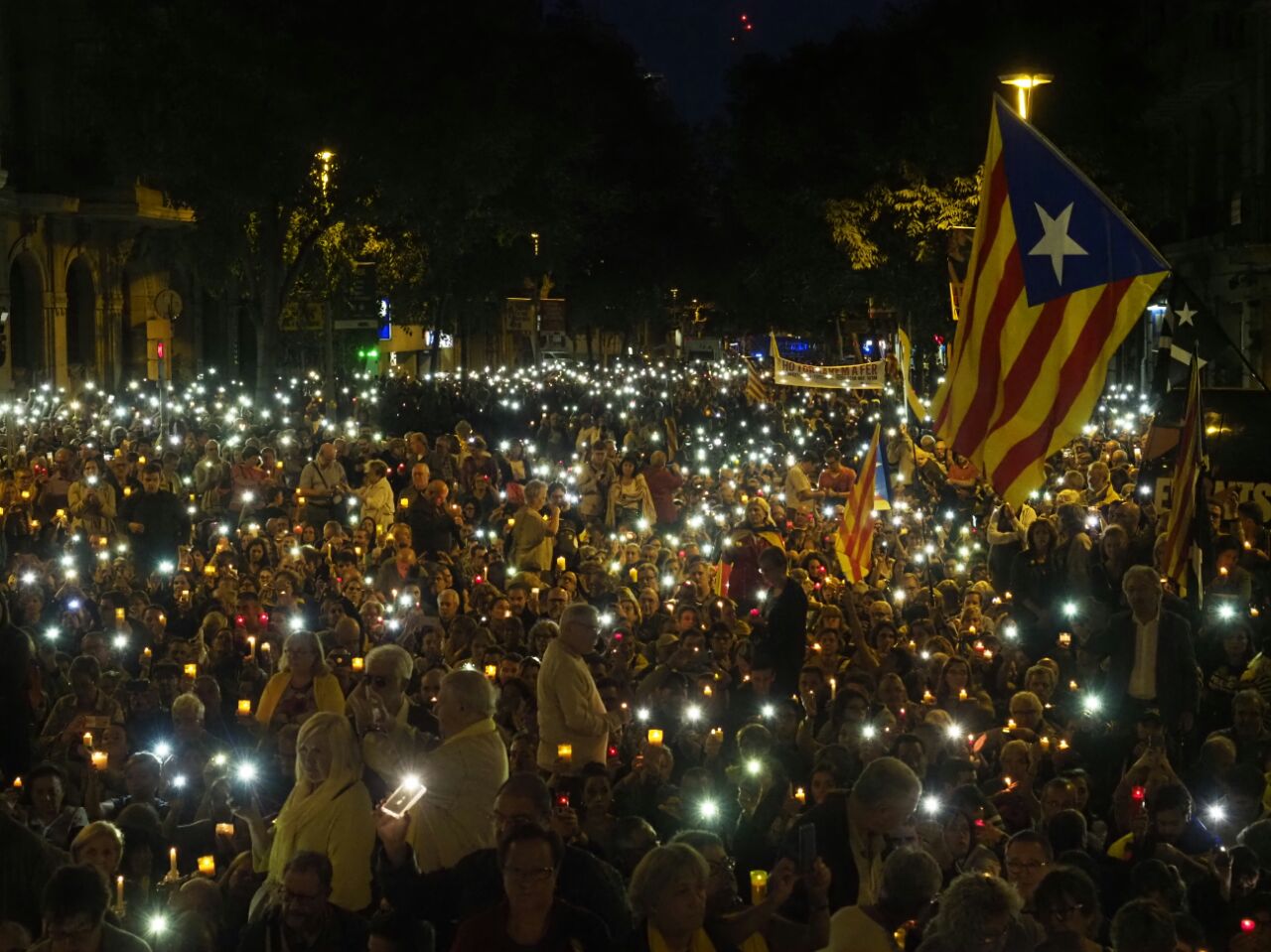 In the face of the verdict of the Supreme Court on the Catalan prisoners, Òmnium Cultural, the main civil society NGO in Catalonia, calls citizens to demonstrate peacefully and civically, as the Catalan pro-independence movement has always done. As a pacifist organisation, we support non-violent actions and reject any form of violent action.

Òmnium Cultural considers the incarceration of the Catalan leaders an outrageous violation of human rights. For this reason, we will continue to take peaceful actions to denounce a situation than only worsens the crisis between Catalonia and Spain. Again, we remind the Spanish government that the right to protest is a civil right that is protected by the Spanish Constitution.

Marcel Mauri, Omnium’s spokesperson, urges the Spanish Government to comply with the United Nations Working Group on Arbitrary Detention, which asks Spain’s authorities to release the Catalan prisoners. According to this UN body, the Catalan activists and politician always acted in exercise of their fundamental rights.