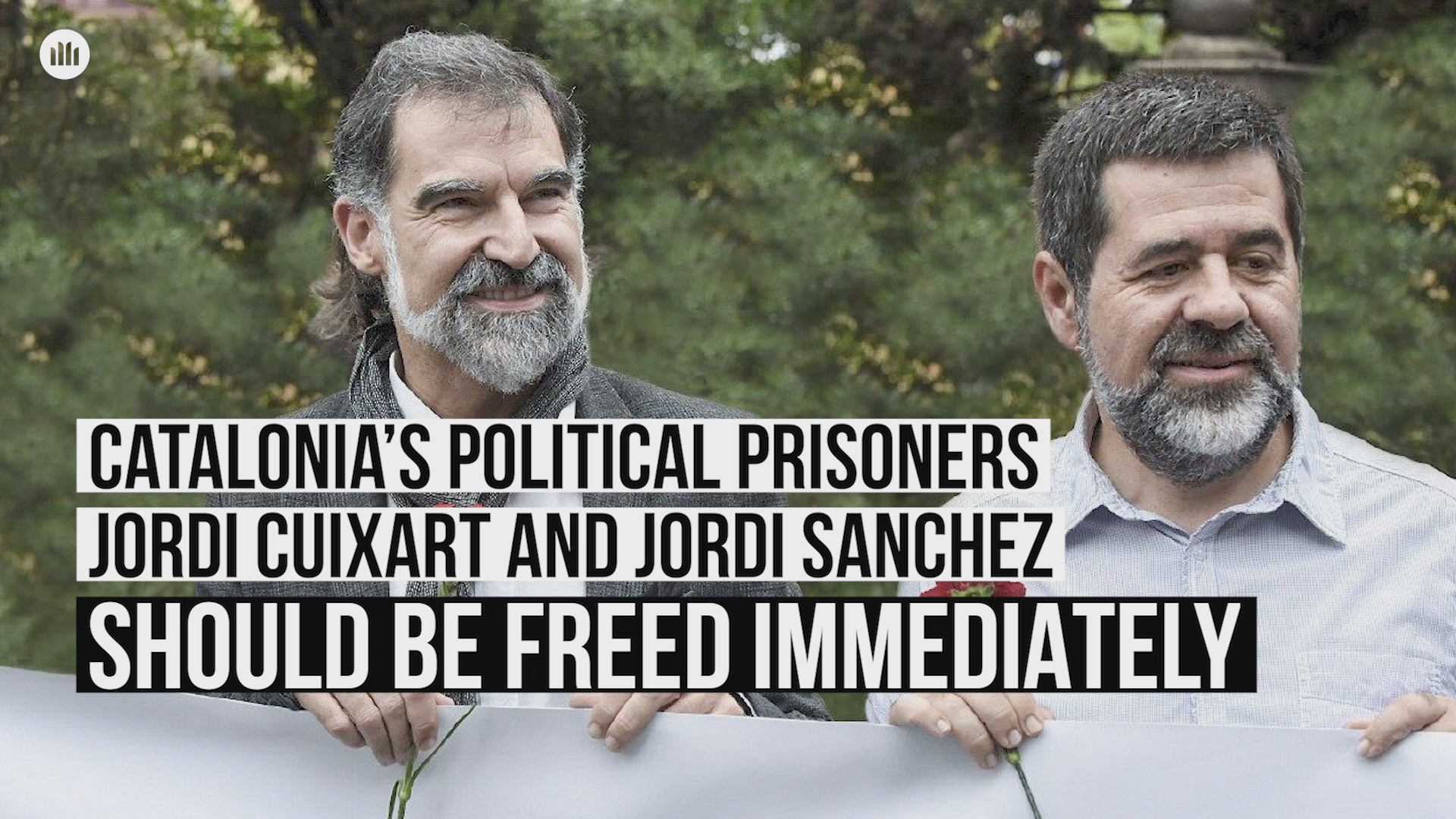 Òmnium, a Barcelona-based NGO dealing with culture and civil rights, denounces that the Spanish authorities ignore repeatedly the demands of international human rights bodies and NGOs to release Jordi Cuixart, president of Òmnium. The very United Nations Working Group on Arbitrary Detention, Amnesty International, World Organisation Against Torture and Front Line Defenders are among dozens of institutions and organisations which consider that Jordi Cuixart’s civil rights are being violated.

It has been one year since the UN WGAD issued an opinion [Attached] stating that Jordi Cuixart and other Catalan leaders have acted in accordance with basics rights such as freedom of expression and the right to peacefully protest. “We demand their immediate release and a compensation in accordance with international law” read the report. Last week, Òmnium Cultural and the Catalan National Assembly launched a joint campaign and held a protest in front of the Spanish Government’s delegation in Barcelona denouncing that “Spain violates human rights”.

In the same vein, Amnesty International calls for the release of the “Jordis” [Jordi Cuixart and Jordi Sànchez] since “the sentencing violates their rights to freedom of expression and to peaceful protest”. The World Organisation Against Torture sent a letter last week asking the Spanish authorities to annul the convictions of Cuixart and Sànchez, claiming that “the ruling sets a dangerous precedent for the right to freedom for assembly and it could have a deterrent effect on future protests in Spain”. Finally, Front Line Defenders expressed on 29th May that “Human Rights Defender Jordi Cuixart has been convicted and imprisoned in reprisal for his legitimate and peaceful activities in defense of human rights”.

Sadly, both the Spanish Government and Judiciary have ignored these international demands. For this reason, Òmnium once again wants to denounce that the Spanish government and Spain’s legal system are breaching international law with regard to the respect of human rights. Therefore, we reiterate that Jordi Cuixart and all the Catalan political prisoners must be set free immediately.