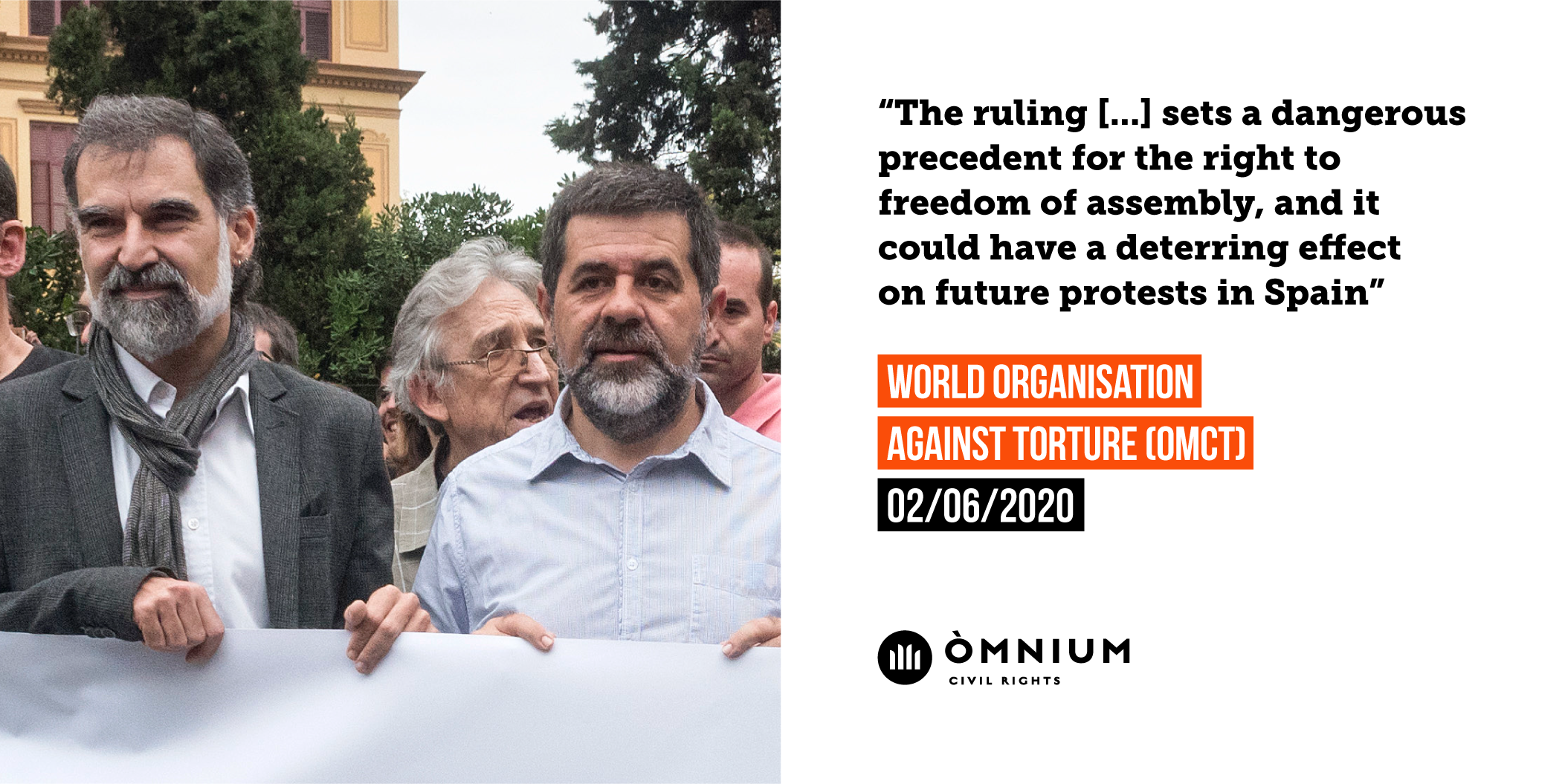 In this letter, the organisation expresses to all of them its concern about The Supreme Court’s judgment, since this ruling is, according to the OMCT, a restriction on the enjoyment of the right to freedom of assembly in Spain.

In accordance with the positioning, the definition of the crime of sedition in the Spanish Criminal Code is vague and needs an official review since this definition, combined with its interpretation given by the Supreme Court in its sentencing, “would constitute a disproportionate extensive interpretation and could have a deterring effect on future protesters”.

Last, but not least, the OMCT urges Spanish authorities to comply with all international obligations to respect the exercise of the citizens’ rights to freedom of expression and assembly and annul the convictions of Jordi Cuixart and Jordi Sànchez, with more than two years of arbitrary pre-trial detention, since October 16, 2017.